Before we get introduced to the wickedness of the “systems”, we were divided into small groups to understand mapping of existing “Socio-technical systems”.


Above is the mapping of an existing system with numerous stakeholders and feedback loops. Trying to understand a system based on cutting edge technology and critical human behavior sprouts questions about the near future. Questions everyone is asking right now, the future of Artificial Intelligence or future of mankind with the rise of the Artificial Intelligence.
The whole exercise left us with more questions and speculations and it ended with a final question: “should A.I. have its own legislation ?”

Wicked Problems are special problems which we are surrounded with or even part of because they cannot be solved (or extremely difficult). A wicked problem is a social or cultural problem that is difficult or impossible to solve for as many as four reasons: incomplete or contradictory knowledge, the number of people and opinions involved, the large economic burden, and the interconnected nature of these problems with other problems.
Our task was to map out these wicked problems and see the interconnections and feedback loops.

The above map clearly (not literally) shows how complex are these problems and how they have roots in other problems.
We took the approach of identifying wicked problems through Sustainable Developmental Goals (SDGs) where problems are mapped out related to the goal.
Outer circles are mapping of cause and effect of these problems.
In the process we identified something called Super Wicked Problems which are basically the root causes of other problems i.e. Education, Poverty, Pollution, Population.

To put some sense to the wicked mapping, problem cards were made which described the problem in brief with interesting info graphics to show the gravity of the situation.Hundreds of such cards were then put up to see what captures the most interest.The exercise was important to see emergence of common interests and opinions.

Voting the most wicked. 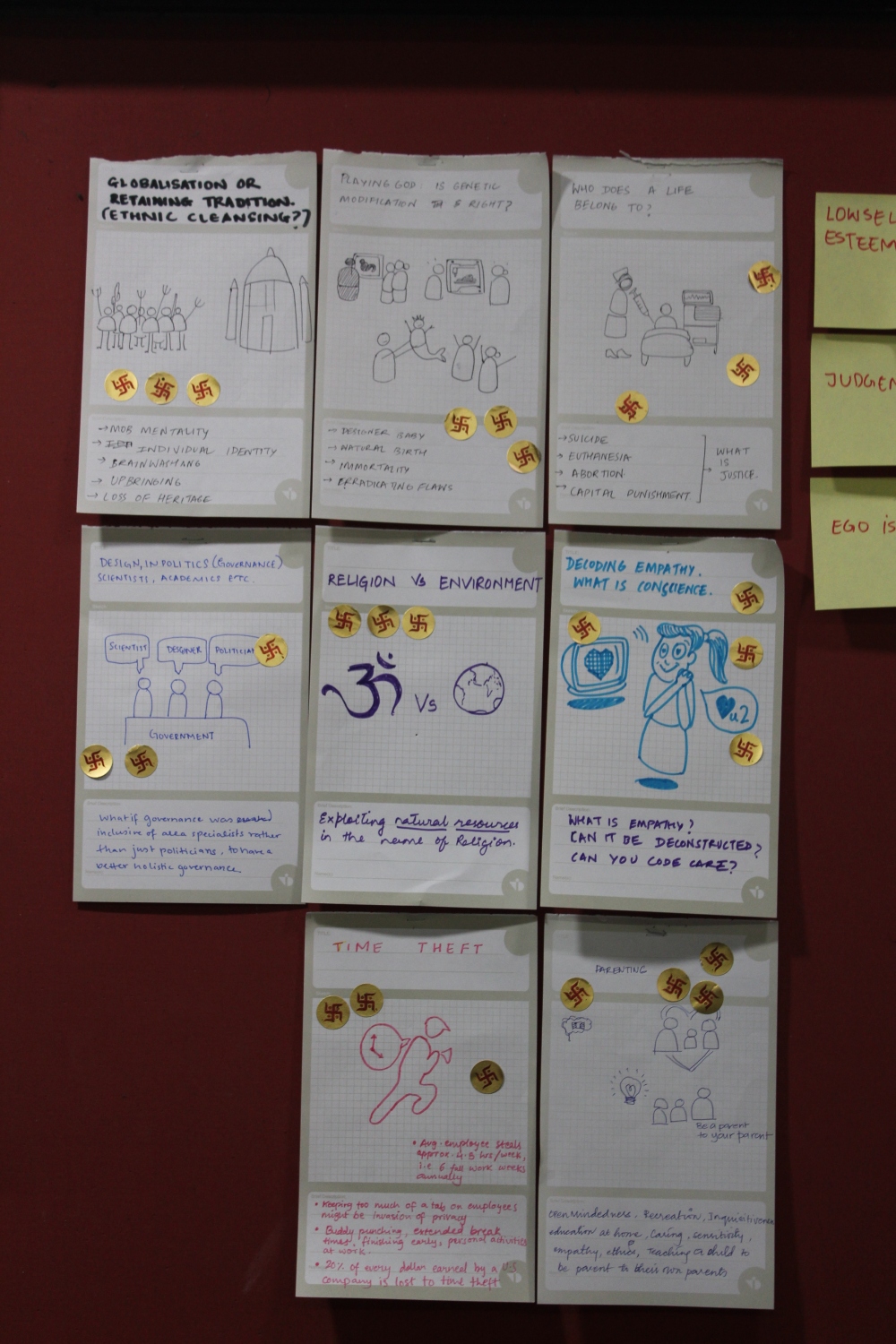 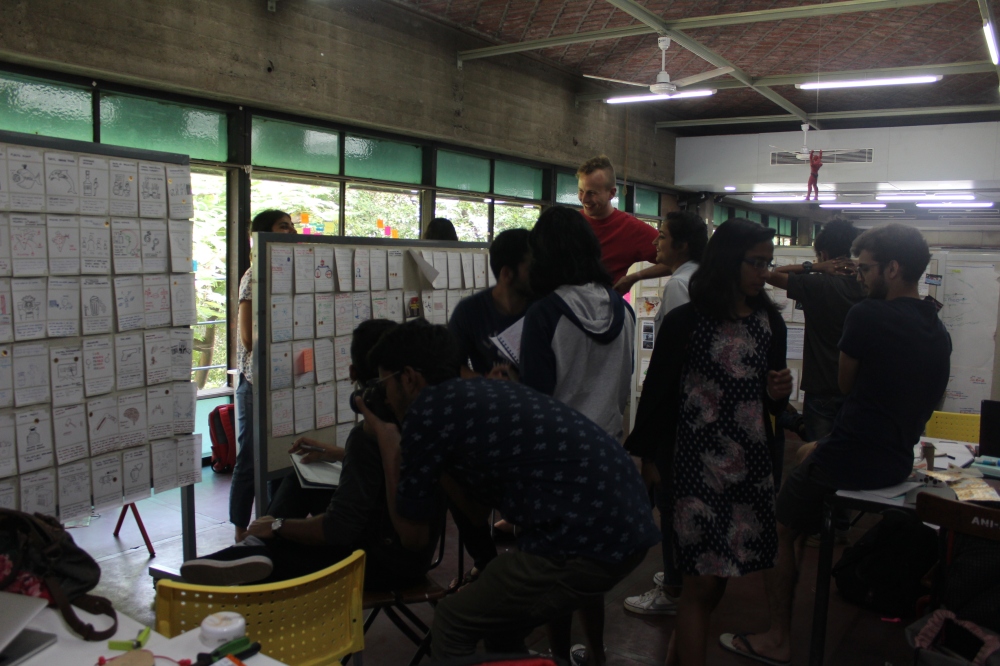 After a few intense discussions and debates, everyone voted for the most wicked problem according to them. This activity helped us finding collective batch interest which would be later helpful to make groups.
Finally, it left us with a wickedest question;
” If wicked problems are impossible to solve, why are we even trying ?”

The discussions gave way to even wickedier questions.

-After a large input of resources what is the output? Looking at prisons as an industry.

-Effect of imprisonment on the family of the imprisoned.

-Does everybody have the same moral compass?

-Is social isolation as a punishment ethical or simply efficient?

-How can technology and design thinking improve the system? Where should we intervene?

All these questions and heavy discussions finally led to Group forming via topic selection.

View all posts by Kamal